The Geography of Edinburgh

On a world map the coordinates for Edinburgh are approximately 55.9o latitude north and 3.2o longitude west. The city is in the Lothian region of Central Scotland and on the south bank of the Firth of Forth; it is a unitary authority in its own right and has the second largest population in Scotland. The city's population of nearly 450,000 lives in an area of 25,900 hectares, giving a population density of around 17 people per hectare. This makes Edinburgh the third most densely populated area of Scotland; where the average population density for the country is below 5 people per hectare.

Edinburgh has two main rivers; the River Almond which rises in North Lanarkshire and flows for 45km (28 miles) to the suburb of Cramond in the north west of Edinburgh and the Water of Leith - which flows through the city. The city largely developed around the seven hills that are within the current city boundary, each of which offers an insight into the underlying geology of Edinburgh. Geologically Edinburgh is quite complex. The surface geology of the city is mainly boulder clay, which changes to gravel and sand as you approach the shoreline of the Firth of Forth. The surface geology is typically about 10m deep, but becomes shallower as you approach the estuary. All of the surface geology was laid down during the retreat of the ice sheets at the end of the Quaternary period. The most significant glacial features left during this time are the 'crag-and-tail' formations - the best example of which is the Castle Rock and the Royal Mile. Devonian Old Red Sandstone features widely as the main bedrock of the city, there are also various Ordovician and Silurian rocks as well as significant deposits from the Carboniferous period including: Sandstones, Mudstones, Coal deposits and Oil-Shale. The best known of the city's seven hills is, of course, Arthur's Seat - the site of an extinct volcano. Arthur's Seat and the Castle Rock are both volcanic plugs formed during the Carboniferous period; later they were eroded by glaciers moving west to east, resulting in the exposure of rocky crags and a trail (or tail) of debris being left to the east of them. As previously indicated Edinburgh is a hilly city to walk around. At just over 220m above sea-level, the highest point in the city is at Arthur's Seat. With the possible exception of Corstorphine Hill (150m) in the west of the city, Edinburgh is most hilly in its south and south-eastern districts.

Along with many other UK cities on the east coast of the country, Edinburgh typically receives about 900mm of rain a year, averaged over a twenty year period. This rainfall is usually spread over about 160 days of the year. The rainfall figures may seem low for Edinburgh compared to other parts of the UK and Scotland. However, with most of the country's weather arriving off the prevailing winds from the west; much of the moisture/rainfall is precipitated over the landmass of Scotland before arriving at Edinburgh on the east coast.  Also, despite being on the east coast of Scotland, Edinburgh does benefit from the blanket effect of the North Atlantic Drift, as its warming 'blanket effect' sweeps around the north of Scotland and heads southwards down the North Sea all year round. The North Atlantic drift helps to keep the temperature well above that which could be expected without its warming effects at such a northerly latitude; average January temperatures of 3oC and July ones around 14oC are not uncommon. However, in the winter Edinburgh is susceptible to extremely cold and snowy weather blowing down from the arctic region to the north and north-east as well as extremely cold and dry winds from the north European landmass to the east.

At an average price of Ã‚Â£210,000 houses in Edinburgh are the costliest in Scotland, where the national average price is around Ã‚Â£150,000. Being a capital city house prices in the prestigious city centre locations are exorbitant. A well renovated Georgian property in the New Town area can easily cost in excess of Ã‚Â£10,000,000, with many properties fetching over Ã‚Â£1,000,000 in and around Forth Street, not far from Princes Street. As with most cities in the UK, the prevailing wind arrives from the west. Therefore, any pollution generated by the city is blown from west to east. Subsequently in most UK cities the 'cleanest' air is to be found in the western suburbs, whereas generally the industrial heartlands in UK cities will be to the east and north of the city. So it will be of little surprise to learn that in the suburb of Shandwick, barely 1km to the west of the city centre, a detached house will still cost in excess of Ã‚Â£1/2 million. Moving away from the city centre the area to the north-west is much sought after. Even here some 6km away from the city centre house prices can exceed the Ã‚Â£1,000,000 mark. Included in this area is Cramond, on the Forth of Forth shore. Much of the housing stock here is relatively new and so, without having a lot of land, the houses tend to be less expensive; with a detached house being available for around Ã‚Â£300,000. Not far away from here in the Granton area, to the north of the city centre, is also some of the cheapest housing in the city. Here a one bed roomed flat can be bought for around Ã‚Â£55,000. 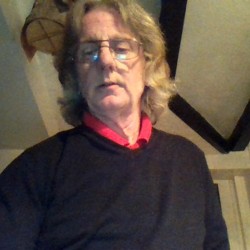 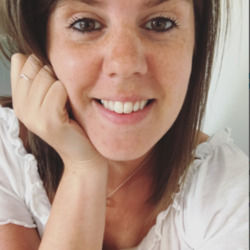